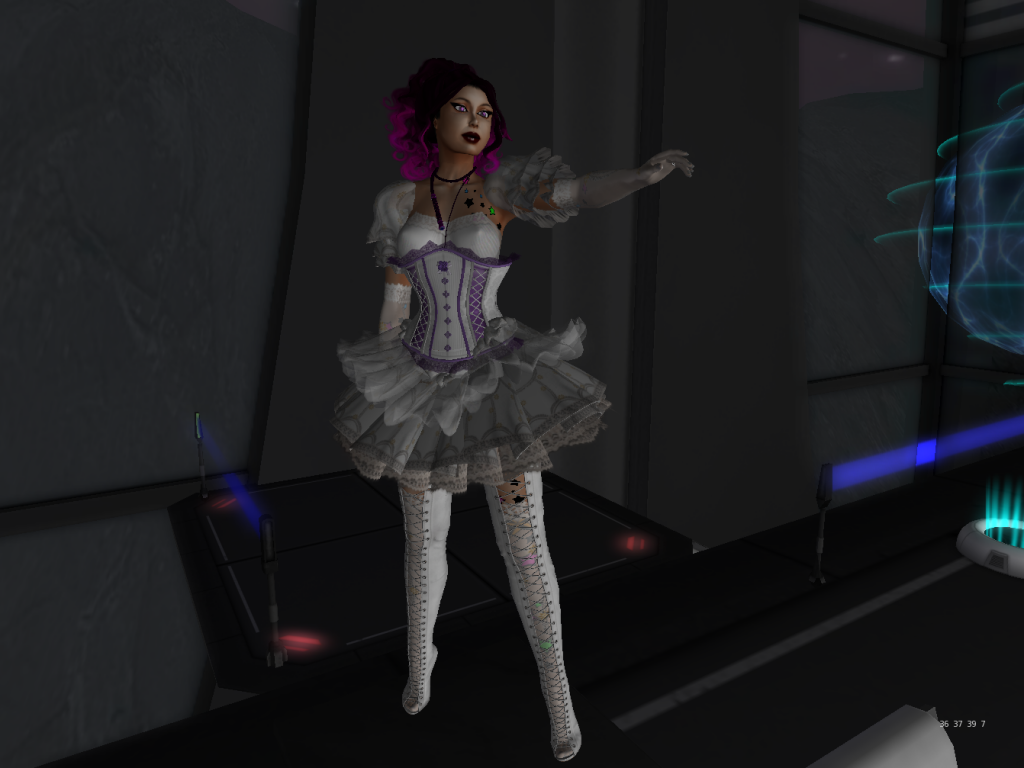 Being a dollie can sometimes be tougher than it seems.

So, Ezee showed up on Second Life on Thursday.

Because, when I asked Spitfire if I could take meds to help slow my heart, or at least make it easier for my blood to pump (yes, aspirin), I was feeling terrified that Ezee was going to demand me back.

Ezee left me feeling like a total shithead for not staying his.  His triggers still exist in my head and his words were already working on me.  Mind’s eye had me turned to face him, even as a hand extended backwards to Spitfire.

I could feel the pull.  I could feel the vampire trying to draw his little blood doll back to him.  I could feel him try to open my heart and wallet again, with his pitiful wails of how hard his life was now.  I could feel his fingers dancing over my triggers, and almost hear him smiling that I was responding to Ezee as I always had – his devoted little sugar mama fetish dispensing slave.

Spitfire and I tried to negotiate with him.  I pleaded with him until my heart hurt and my head pounded.  He made promises of fixing where he screwed up, and of rebuilding bridges.  I wanted to believe him.  I wanted to help him.  Now, I know I can’t.  He’s not good for my mental health and well being.

I went to sleep that night with a migraine.

I woke up Friday feeling displaced.  I wasn’t fully in my body.  I had a job to do that night.  First off, I had to deal with real life.  Once real life was in full swing and done, I could dance for Spitfire and then put her to bed.  Then there was the Purple Man Group that the WHIP was doing and I had a riot there. Lastly, there was my set at YMO.

I did my set at Old Guard, once Spitfire was asleep, and I did top 20 Canadian songs for my Whip set.

It was the Whip set that started to push me over the edge.  The exact same posse I had danced with for the better part of a year, up and left me when my set started.  I felt abandoned.

My heart sunk, and I couldn’t think.  I was working on automatic, until I finally called in reinforcements.

Three of the drones from YMO came and rescued me.  Eventually, Spitfire joined me when she got up.  I wasn’t alone, but the shock was still there.

I woke up Sunday morning and got yelled at by one of my kids.  My mind broke.  I flamed out. 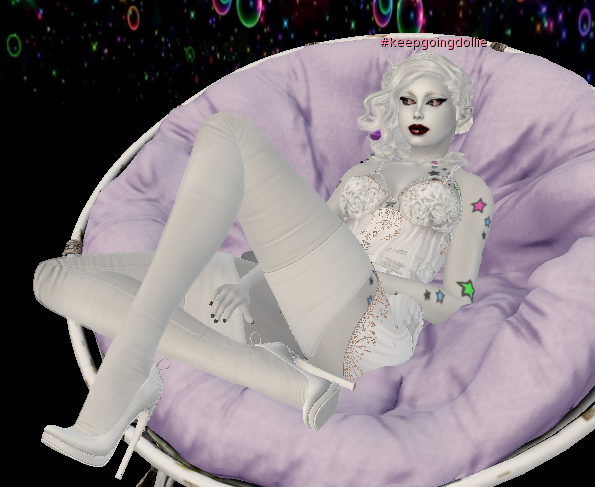 “Kittlen’s online, but unresponsive.”  I saw the message from Spitfire.  I saw all the messages, back and forth.  I couldn’t respond.  In my mind’s eye I was over in the corner there, bawling my eyes out for being a failure of a mother over a stupid $2 tube of red paint.

I felt burnt out.  I still do. 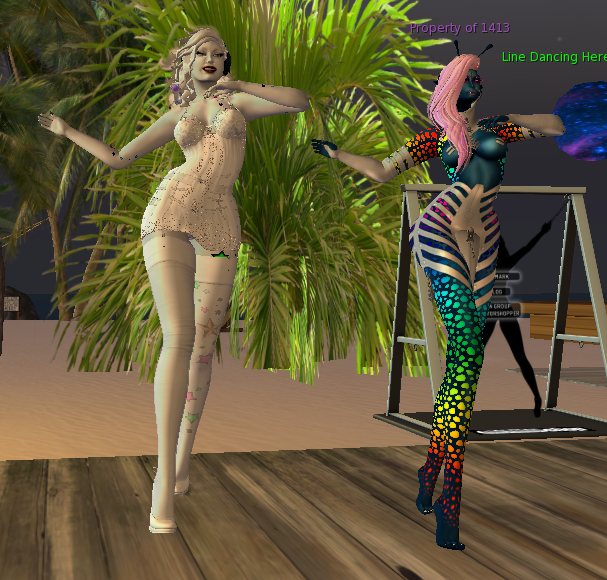 Spitfire spent time coaxing me out of my catatonic state, gently, one supportive comment after another.  Spitfire offered to take the set from me, but I said no, after all, “the viper is flown from the seated position.” The entire set, my head hurt.  Bad.  I collapsed in bed shortly after the set was over, and Spitfire was asleep.  I didn’t do my WHIP set that night.

Monday, less than 15 minutes before Xaara was supposed to start, I could not function. I was dizzy.  Vertigo was beginning to take over, and I was not coping.  Except – it was too late for her to take the set.  I muddle through, again, because of my stubborness.  Vipers must be flown. 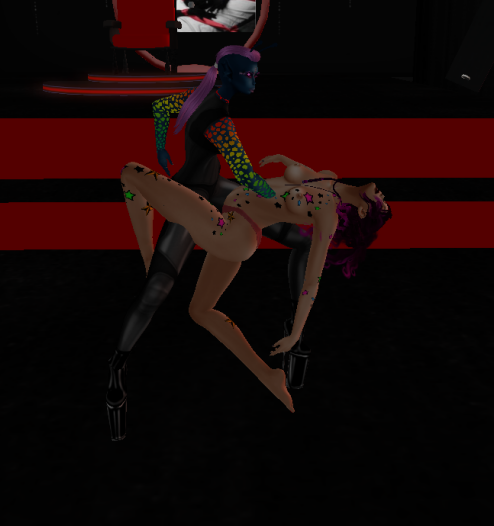 Ezee reappearance has affected me more than I would like to think it has.  That there’s triggers left behind by him, that scare me, especially the self-harm one.  I don’t want to think of what it does to Spitfire.  Nor do I think Ezee was smart enough to know what he was doing when the triggers were created in the first place.

Nor is he the only one who has tapped dance through my mind and left behind boobytraps.  Spitfire is almost overly cautious about trying to explore and do more than surface level trances – light ones that let me float and giggle.  I almost want her to dive me deep and see what she finds, but I’m scared to as well.

What if she trips a bad trigger?

To top it all off, my vertigo is worse.  It isn’t simply “a bit of dizziness.”  It is down right “private roller coaster ride” time.  It’s probably a viral infection, but there’s no redness at my ear drums when I saw my doc yesterday.  I’ve always had tinnitus, and vertigo is part of it.  This is worse. This is my entire world spinning off kilter and I can’t stop it.

So, of course, Spitfire’s in a panic over my health, right when she has a job assignment she must do for the next week, and can’t help me.

Thankfully, we both have the rest of the Galleria’s core group to lean on.  If we didn’t have them, I think both of us would be worse off.  The “family” group is wonderfully supportive.

Yes, the Galleria is now officially open.  YAY!!! That thing I’m standing on at the top of this post? That’s my plinth – my pedestal. Unity made it for me, and sometimes Coyote uses it too. I haven’t seen anyone else on it.  I’ve been told Ezee better stay away from me, or there will be a pitchfork squad with his name all over it.

It’s been months since the last time I felt comfortable with the babygirl/daddydom dynamics, that I completely dropped from all babygirl/daddydom groups I was in in SL.  I am mentally sick just thinking about being in those groups.  I know that’s cause Ezee did stuff in my head while I was his.  I was never really allowed to be a babygirl.  Then again, I’m not a babygirl.  I’m a little, when I let that side of me out.

Right now, I’m too scared to show that side to anyone, not even Spitfire.